After Google, Microsoft is now also testing the RSS-powered “Follow” button and feed that will help you stay connected to your favorite websites. In the Canary Edge builds for Windows, Microsoft has started testing a new feed that introduces native RSS functionality with collection integration.

Platforms like Google News or Microsoft News have put an end to the classic era of RSS, which still powers popular aggregation tools.

Google News, Google Discover, and Microsoft News are algorithm-based approaches to delivering content to users, and many people have been looking for a way to manage their news feed. Right now, if you want to subscribe to the RSS feed, you have to rely on RSS readers or use web apps like Feedly.

“We heard it loud and clear,” Google said when the feature was reintroduced in Chrome for Android.

Microsoft’s implementation for the same functionality is referred to as “web trackable” and is currently being rolled out to some users running Canary Edge. The flag to enable this experimental feature appeared almost three months ago, and it was reintroduced in the latest update as part of the company’s controlled beta testing.

As the name suggests, Followable Web allows users to access an organized stream of updates from their favorite websites using a Collections button on the toolbar. It’s also hosted in the Collections panel, and articles published by Posts will appear in a modern feed when you open the browser next time. 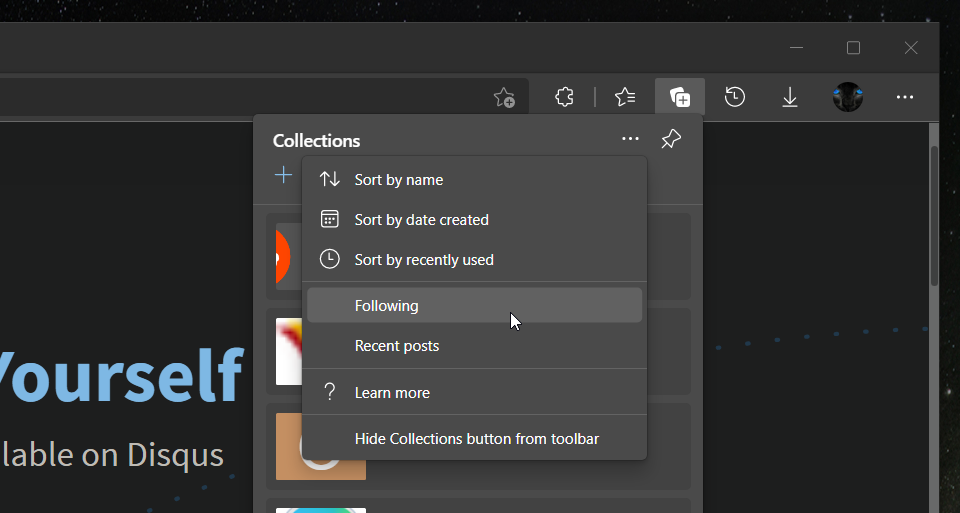 Right now, Edge’s RSS feed feature is part of Collections, so you’ll need to hit the Collections button. In the future, it is possible that the RSS feed function will be moved to the browser toolbar with its own button.

Microsoft is also introducing a new “Follow” button which will be located in the browser’s address bar. Sites you visit in Edge will have a “follow” button in the address bar if they have a supported RSS feed, and site updates will also appear in a new side panel.